The Medical Guild of the College of Medicine Graduate Student Competitions

There are two competitions for senior Biomedical Sciences graduate students: the traditional Graduate Research Awards and Advancement to Candidacy Awards.  The Graduate Research Awards are based on research seminar competition from each advanced concentration, and the Advancement to Candidacy Awards are based on performance of third year students after being admitted to candidacy by passing their qualifying examinations.  The instructions for each of these competitions are below.

The 44th annual Medical Guild-sponsored graduate student research competition is scheduled for Wednesday, April 10 from 1:00 p.m.-4:30 p.m. in the Cancer & Genetics Research Complex (auditorium room 101). Each Biomedical Sciences advanced concentration nominates one graduate student for participation in this competition, which will consist of a 15-minute oral research presentation and a 5-minute Q&A session for each participant.  Presentations will be evaluated by a panel of faculty judges, who will rank them in terms of excellence.  Additionally, the students submit an abstract of their research and curriculum vitae because the awards are also based on the overall research accomplishments including publications, presentations, awards, and academic performance.   All eight students will be recognized and presented an award certificate at the Research Day reception, which begins immediately after the seminar competition.  Each finalist will receive a cash award (electronically deposited into their student accounts) from the UF Medical Guild based on the judges’ final rankings:  one Gold Medal finalist, two Silver Medal finalists, and five Bronze Medal finalists (this is subject to change).

Nomination packets should include:

Nomination packets should be submitted as an e-mail attachment (PDF format is fine) to biomed@med.ufl.edu, The packets will be provided to the judges.  Nomination packets must be received no later than Monday, March 18.

The Advancement to Candidacy Award is aimed at recognizing outstanding students in their mid-tenure after they have passed their qualifying examination in their third year of study.  A committee composed of faculty members from each concentration will evaluate the concentration nominees and will choose the top three finalists, who will receive monetary awards.  The winners will be announced at the reception following the Graduate Student Research Award competition on April 10.

The Admission to Candidacy Award recognizes both academic and research excellence.  Therefore, the criteria for assessment will include:

The concentration directors will nominate up to three students from their concentration for this award by March 11. A committee made up of representatives from each concentration will choose the top three by March 22. Nomination packets should be submitted as an e-mail attachment (PDF format is fine) to biomed@med.ufl.edu. Completed packets must be received no later than Friday, March 15.

In support of the Council of Academic Chairs Scholarship the University Florida Foundation has established a fund named: Friends of Interdisciplinary Program in Biomedical Sciences with the fund code: 020269.

Individuals wishing to contributed to this Scholarship may do so online at: https://www.uff.ufl.edu/OnlineGiving/FundDetail.asp?FundCode=020269

Eligibility:  A nominee must be a PhD candidate (having successfully passed qualifying exam) in good standing in a UF College of Medicine graduate program.

Nominees will submit the following documents (in one pdf file), describing their contributions to the educational mission of the College of Medicine and University, via email to the COM Office of Graduate Education by 5:00 pm on March 15 biomed@med.ufl.edu):

The following should also be submitted directly to the UF-COM Office of Graduate Education (biomed.med@ufl.edu) on behalf of the nominee:

The recipient of the UF College of Medicine Graduate Student Educational Initiative Award will receive an award of $500 and will be recognized during the graduate student awards reception in the Spring. 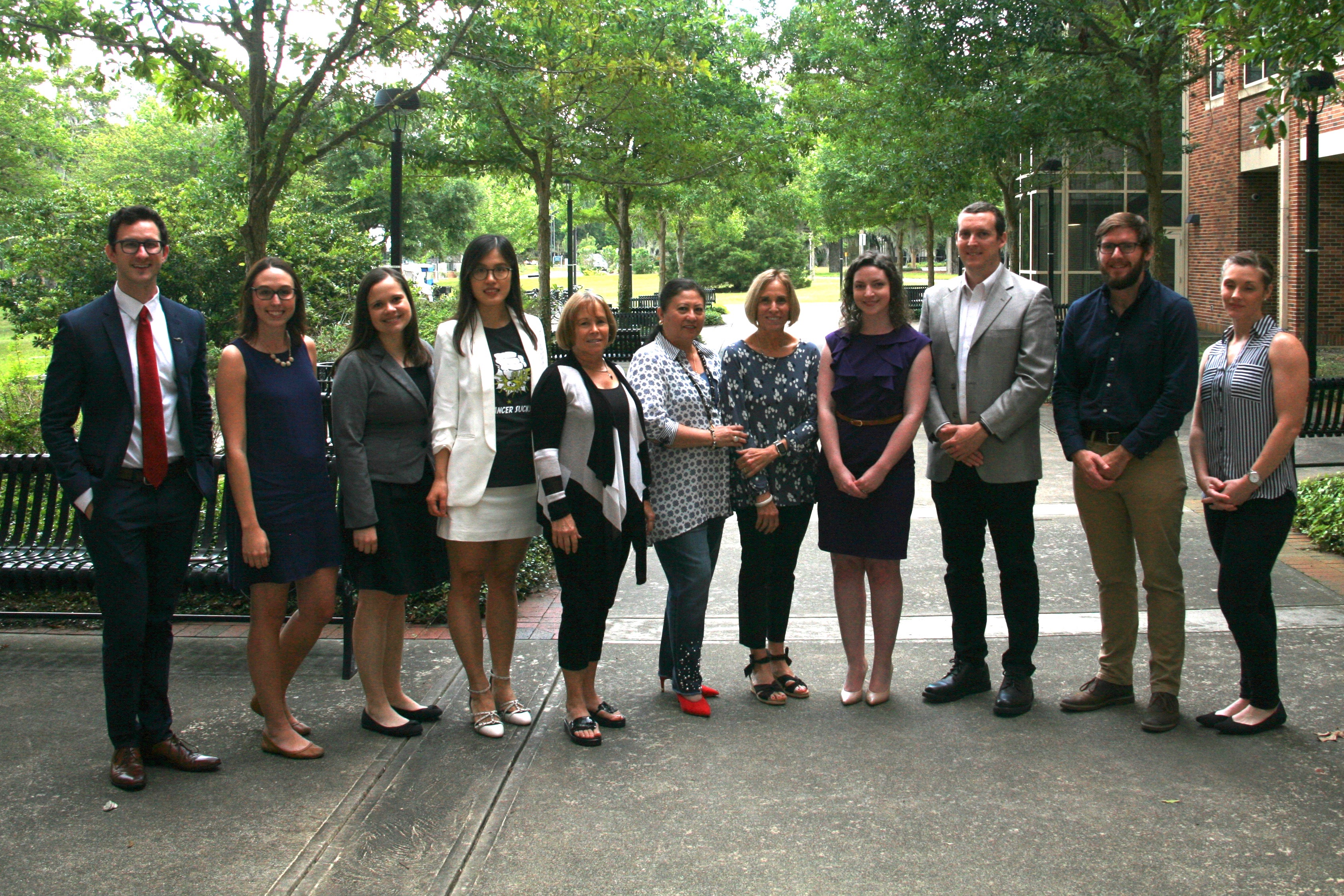 “STAT3 is a Critical Regulator of the Photoreceptor Stress Response” 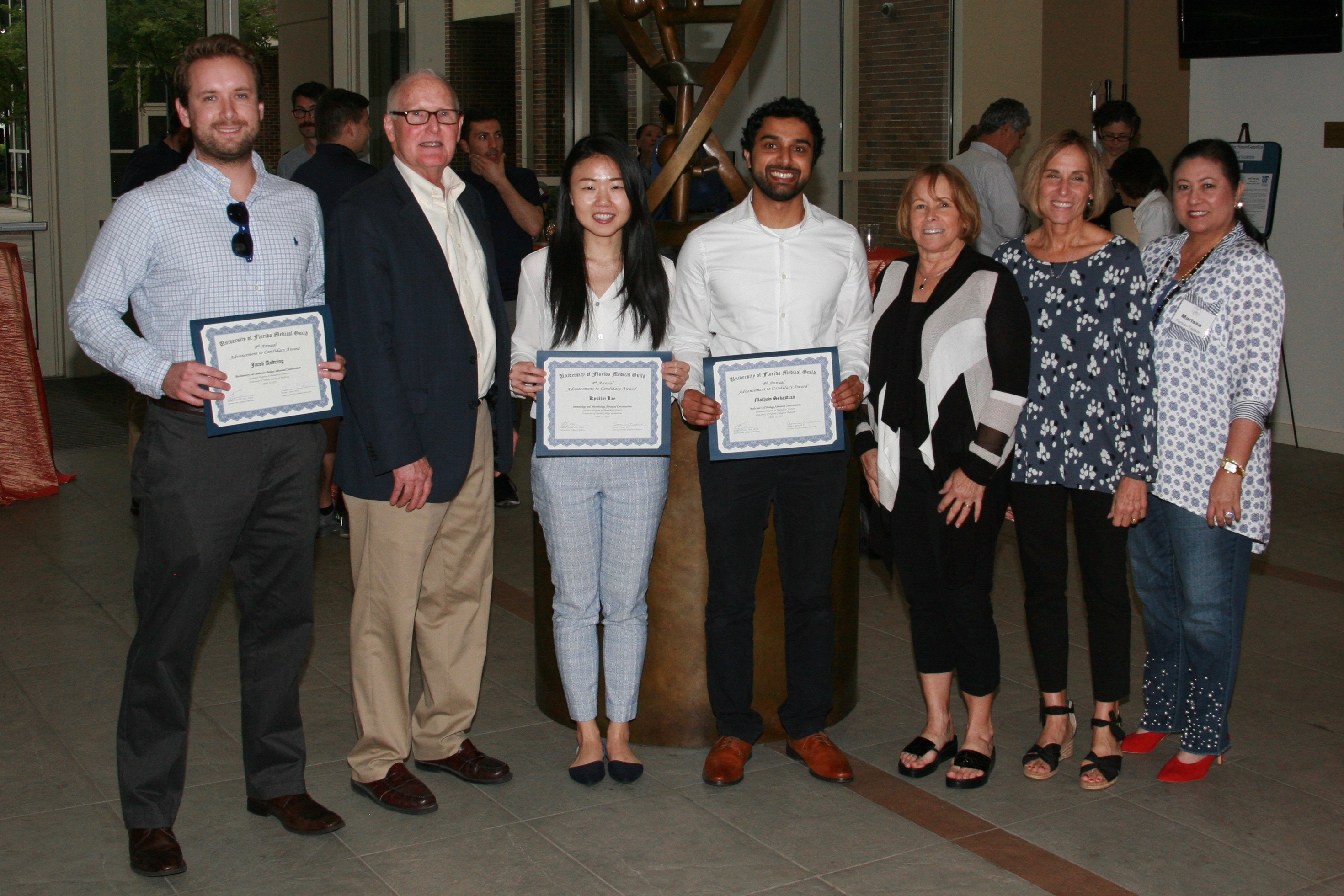 Advancement To Candidacy winners with officers of the UF Medical Guild and Dr. Thomas Rowe. 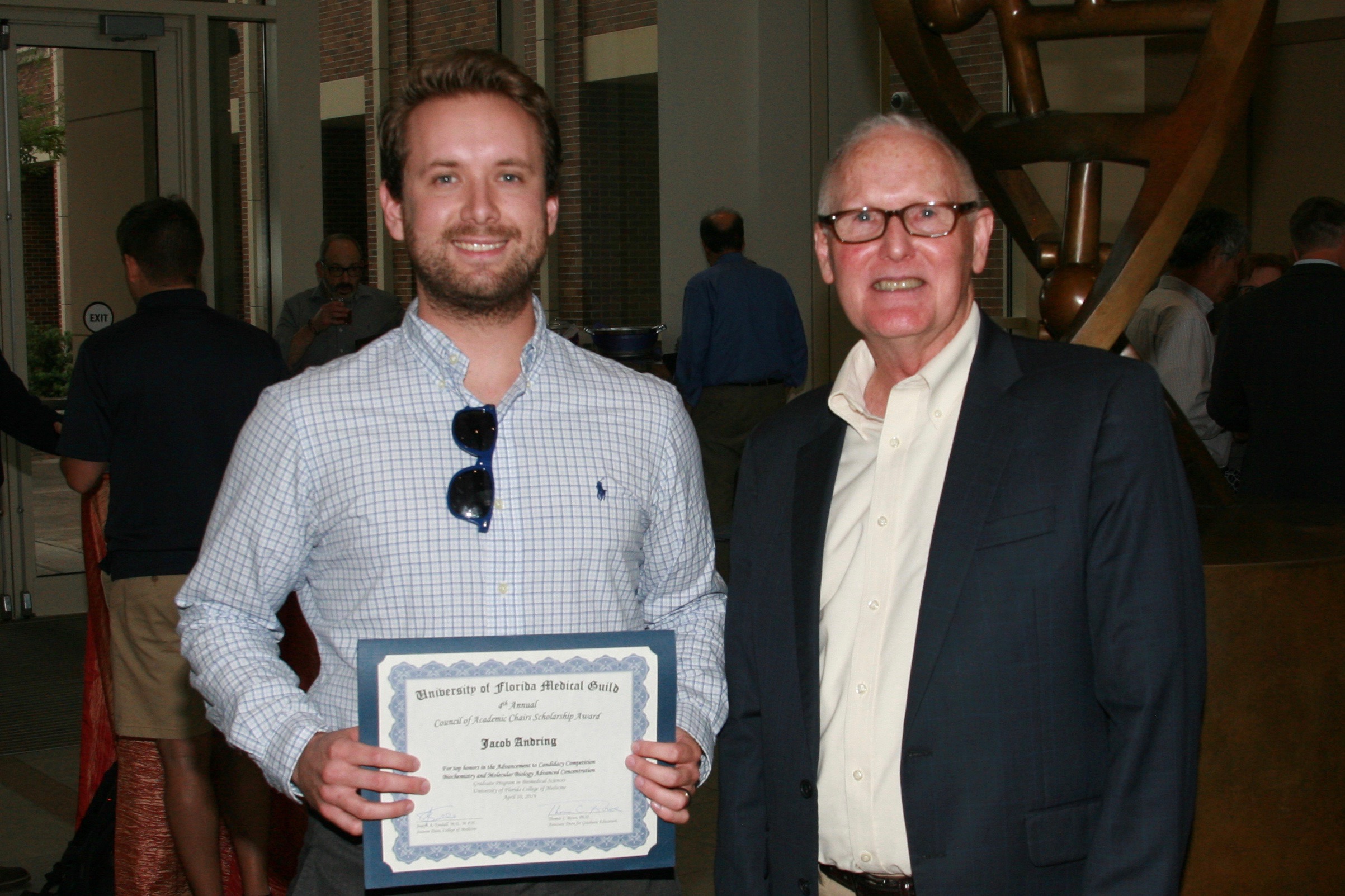 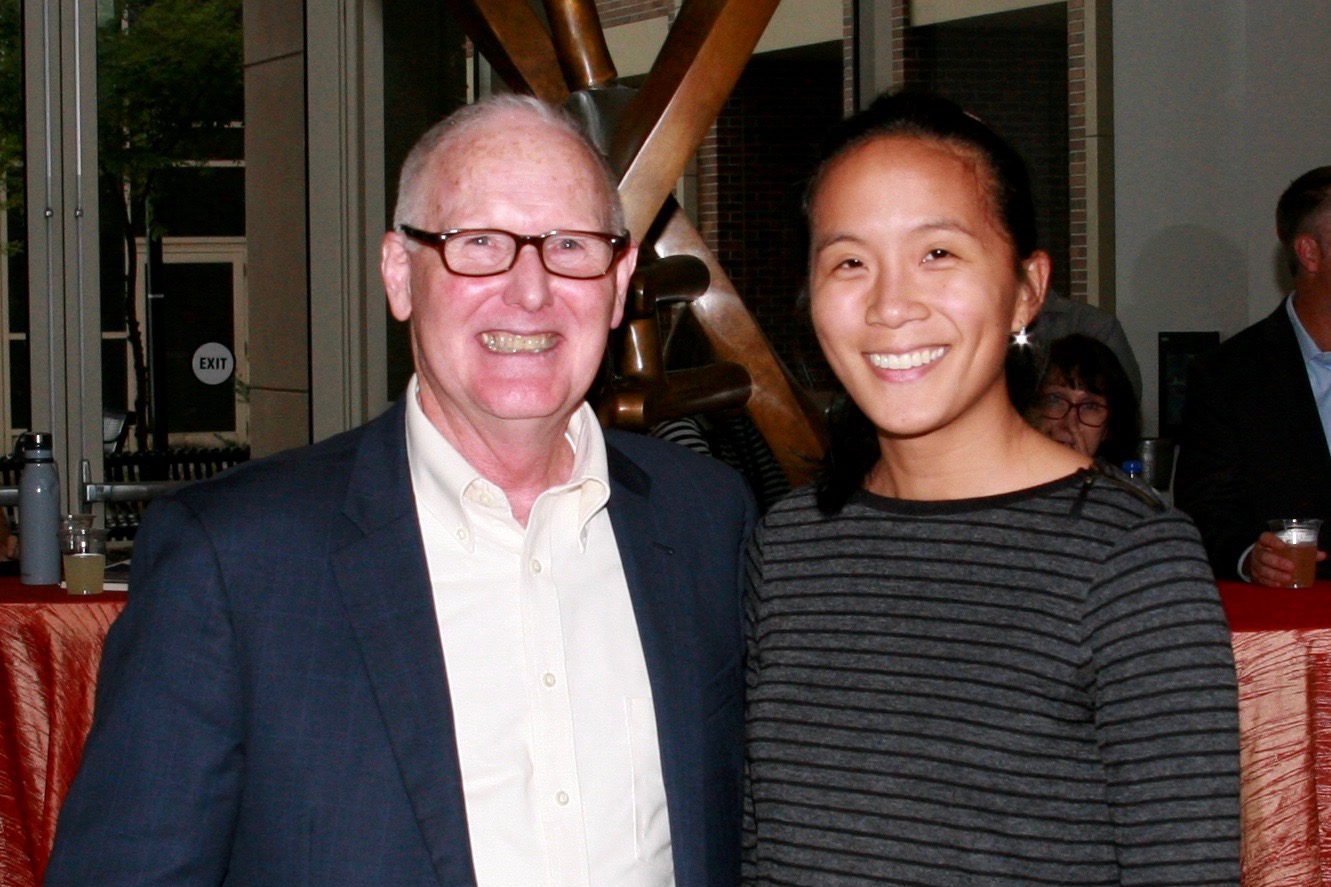